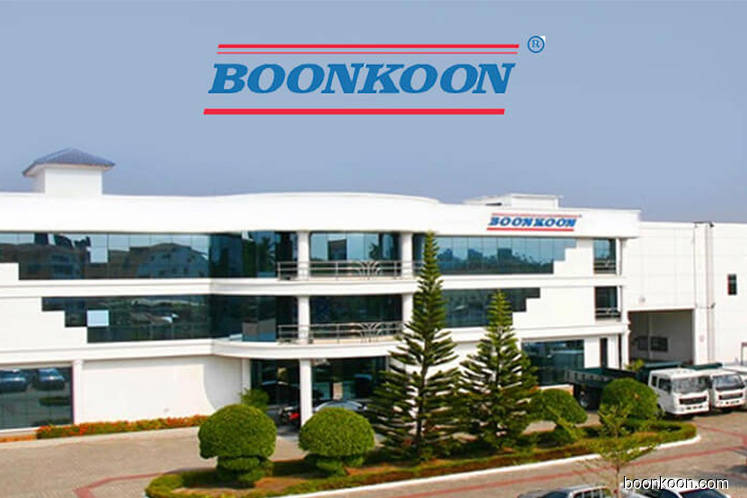 KUALA LUMPUR: Boon Koon Group Bhd, which announced its foray into property development mid last year, is staying focused on its ambitions despite a perceived slowdown in the property market.

“I think if we were a developer launching projects that are RM3,000 psf then there would be concerns, but we are not. Our focus is on projects that are affordably priced, with good locations that are close to public transport as well as major highways, and which provide opportunities for buyers in terms of capital appreciation,” he told The Edge Financial Daily in a recent interview.

Yeo, who has over 20 years of experience in property development, is confident of Boon Koon’s prospects.

“For the past six months we have been focused on turning around Boon Koon. Now, we intend to focus on one property project at a time, and with the right location and price.

“We are not in a rush as we don’t want to launch many projects at a time only to have our inventories pile up,” he said.

So far Boon Koon, which was previously primarily involved in the manufacturing of rebuilt commercial vehicles, has one property development, Aera Service Residence, a serviced apartment project in Petaling Jaya with an estimated gross development value (GDV) of RM306.1 million.

The project is Boon Koon’s joint development with Platinum Eminent Sdn Bhd, which in turn is a wholly owned subsidiary of Aera Property Group Sdn Bhd — the privately owned property arm of the Chin Hin Group. Yeo is also the managing director of Aera Property.

“The Aera Service Residence currently has a take-up rate of 80%, and it has helped turn around Boon Koon’s financials which were previously loss-making.

“However we will not neglect Boon Koon’s commercial vehicle segment as property projects take about three years for us to recognise profit contribution.

“We are looking to inject more property projects into Boon Koon, as the profit margins are higher [compared to the rebuilding of commercial vehicles] but we will take our time with this,” he said.

Yeo declined to comment on whether Aera’s upcoming project called 8th & Stellar in Sri Petaling which consists of serviced apartments and a loft, will be injected into Boon Koon.

The project which has a GDV of RM500 million also includes an office tower that will house Chin Hin’s new corporate office.

Market talk has been rife that 8th & Stellar could be the next project to be parked under Boon Koon, given that Chin Hin’s Chiau family has been upping their stake in the company.

As of last Friday, Datuk Seri Chiau Beng Teik, who is the founder of Chin Hin Group, his son Chiau Haw Choon and his brother Chiau Thean Bee collectively have a 32.33% stake in Boon Koon.

This is close to the 33% threshold that would trigger a mandatory general offer (MGO). However, it has yet to be seen what the trio’s plans are for Boon Koon.

Plans are also underway to change the name of Boon Koon to Chin Hin Group Property Bhd, subject to the approval of its shareholders at the group’s upcoming annual general meeting.

Boon Koon shares were not traded last Friday. They last closed at 45.5 sen on July 26, with a market capitalisation of RM135.2 million.